Then we take the modern high-speed train to Luoyang, Henan Province on the middle reaches of the Yellow River (Huang He), where it is traditionally considered the cradle of Chinese culture. We'll learn about Luoyang Buddhist cave art and visit the world famous Kungfu hometown – the Shaolin Temple in Dengfeng.

By modern high-speed train we drive southwest to Xian, an ancient imperial city. Here we expect a view of the world-famous Terracotta Army and old city wall. From here, we take flight to holy city Lhasa, the capital city of Tibet.

In Lhasa you have two days for the attractions: Potala, Jokhang, Norblinka and Sera. And from Parla Lupu Monastery we'll enjoy the magnificent view of Potala Palace. We could circle around the Tibetan holiest Monastery Jokhang with pilgrims, who come from all over Tibet and the Tibetan cultural areas of Kham-Amdo of the provinces of Sichuan, Qinghai, Gansu and Yunnan. Many pious Tibetans measure the way on the Barkhor market with their body length.

By air we reach Chengdu, the capital of province Sichuan, the home town of Panda. Here we'll visit the pandas, experience the ancient culture of Sanxingdui, stroll in the Wide Alley and Narrow Alley (Kuan Xiangzi and Zhai Xiangzi), and drink tea at a typical old teahouse in the people's park, which is a leisure lifestyle of Chengdu. And of course, we will discover the spicy Sichuan cuisine and more.

Finally, we arrive in modern harbor city Shanghai in East China. The view of the impressive skyline of Shanghai at the Bund (Waitan) is unforgettable. Of course, we will visit the famous Yu Garden, one of the most beautiful examples of garden art in China.
Highlights 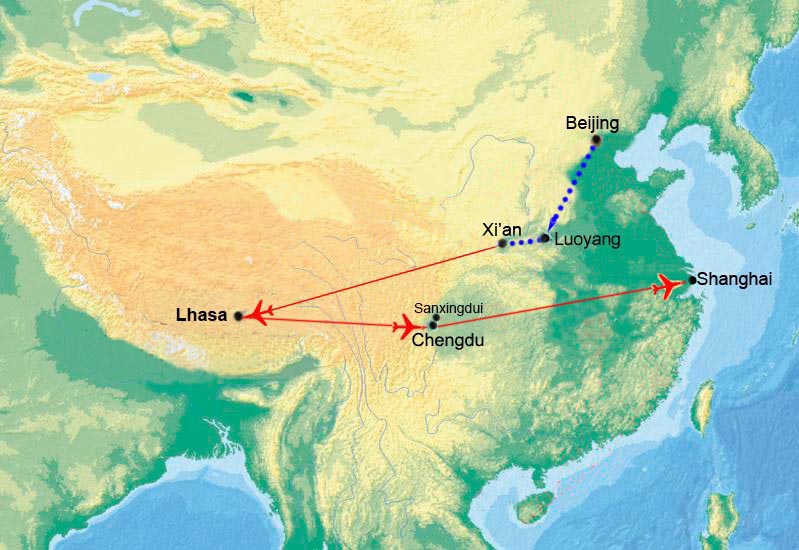 In the morning arrive in Beijing, the capital of China, transfer to hotel. In the afternoon visit the Temple of Heaven (Tian Tan) that was built in 1420 of the Ming Dynasty and expanded in the Qing Dynasty at present covering an area of 273 hectares. The grand temple served as the sacrificial place for the emperors of the Ming and Qing to worship the heaven, presenting gratitude for the harvest of this year and praying for another good harvest next year. It is the largest and most important of all imperial temples in China. 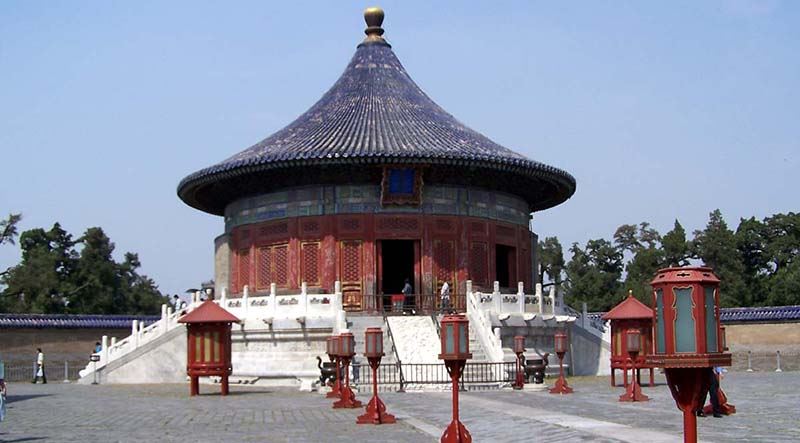 Hiking and sightseeing on the Great Wall at Mutianyu

In the morning go to the Great Wall at Mutianyu (about 70 km in northeast of Beijing). The local section of the Great Wall built in 1368 and restored in 1983, is particularly attractive with its numerous watchtowers along the picturesque ridge in green, gently undulating landscape. The Great Wall was built as a defensive line against attacks by warlike steppe people from the north, and was constantly expanded and strengthened, so the strategic passes with barracks, watchtowers and storage rooms were expanded to fortress. The Great Wall is one of the eight ancient wonders of the world and the only man-made construction on earth that the astronauts can see in the moon. Starting out in the east on the banks of Yalu River in Liaoning Province, the Wall stretches westwards for 12,700 kilometers to Jiayuguan in the Gobi Desert. It gradually becomes the symbol of the ancient Chinese civilization. Have a walking on the Great Wall about 2 to 3 hours. In the afternoon return to Beijing. 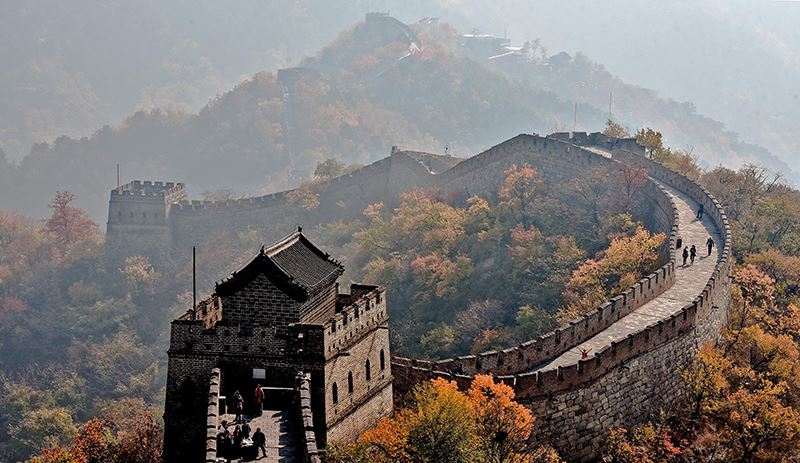 Stroll in the Tiananmen Square, which is probably the biggest one of squares in the world. Then go to visit the Forbidden City (Gugong) - the emperor's palace, which was built between 1406 and 1420 with 9000 halls and rooms, containing many precious relics. Facing south and rising from a terrace, the largest palace in the world represents the supreme power and authority that emperors enjoyed during the feudalistic dynasties, and exemplifies the elements of palace architecture. Then climb to the "coal hill" (Meishan) of Jingshan Park lined with pines and cypress, a beautiful park just opposite the north gate of the Imperial Palace, for a great view of the Forbidden City - a rectangular basic building with golden roofs in the center of Beijing. In the afternoon we make an excursion to the Summer Palace (Yi He Yuan). Then transfer to railway station to take a high-speed train to Luoyang (G663 1545/1939). After arriving, transfer to hotel.

In the morning drive to visit Shaolin Temple, which is famous for its Martial Arts (Kung Fu). The Shaolin Temple was built in honor of an Indian monk called Bodhidharma (known as his Chinese name Da Mo), the founder of the Mahayana sect of Buddhism or more popularly known as Chinese Chan (or Zen) Buddhism. Afterwards drive back Luoyang and visit famous Longmen Grottoes that together with the Mogao Caves in Dunhuang (Gansu Province) and the Yungang Grottoes (Shanxi Province) are reputed as the three greatest stone sculpture treasure in China. After the visit, transfer to railway station to take the high-speed train to Xian (G1903 1716/1842), the capital of province Shaanxi. 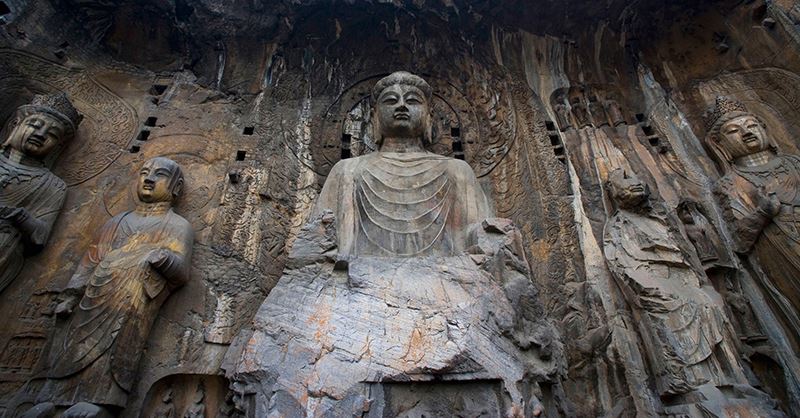 Xian's main attraction is the famous Terracotta Army of the First Emperor of China Qin Shihuangdi (reigned 221 - 210 BC) who managed to unit China for the first time. The guardians of his grave offer you one of the greatest insights into the world of ancient China. In the morning visit the Museum of Terracotta Warriors. An inside museum has been built over these pits, covering a floor space of 20,000 square meters and displaying 8,000 life-size terracotta warriors, 100 or so chariots, and 30,000 weapons assemblage famed as the Eighth World Wonder and a world cultural heritage site. Besides, visit Da Yan Ta (Big-Wild-Goose Pagoda) that was built by Emperor Li Zhi in 650 AD. Biking on the old city wall should not be missed. Built between 1374 and 1378, the city wall has a total length of 13.6 km and is the best preserved, oldest and largest ancient city defense system in China. 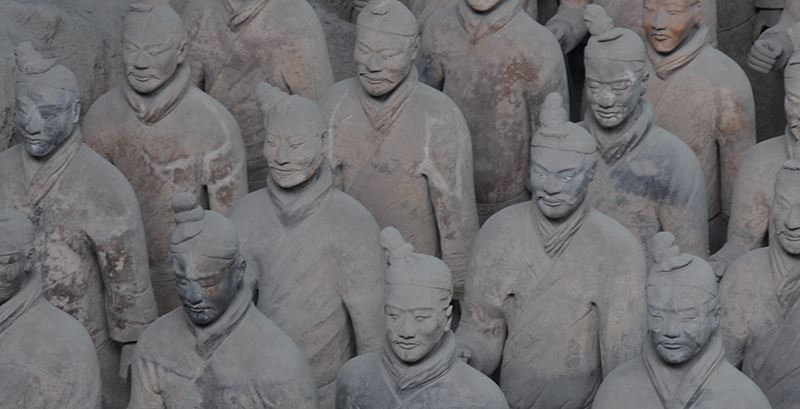 Welcome in Tibet – the roof of the world

In the morning free. In the afternoon, transfer to airport, flight (CA3904 1505/1825) to Lhasa (3650m), the capital of Tibet, pick up and transfer to hotel. Stay at the hotel for adapting to the high altitude. It is helpful to take easy things for the first few days, and try to drink some water. 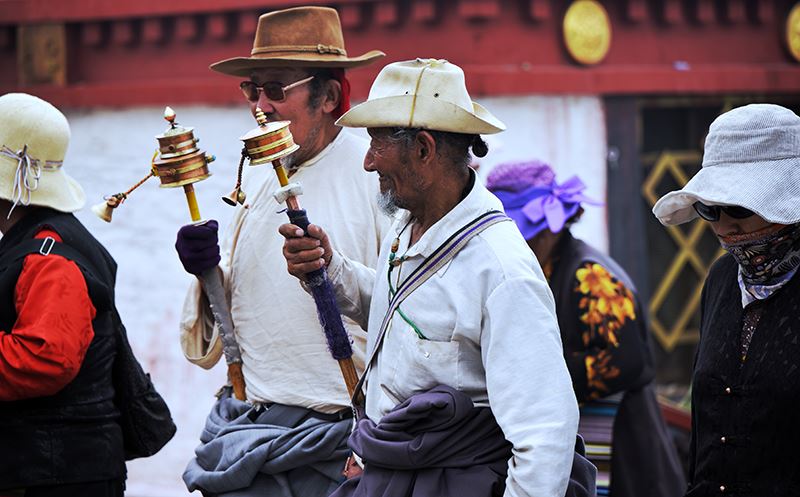 In the morning visit Potala, which was originally constructed in 637 by Songtsen Gampo, the first king of the united Tibet, and later expanded and served as the winter residence of the Dalai Lamas as well as the religious-political nexus of traditional Tibet. The crowds of pilgrims, innumerable magnificent murals, Buddhist statues, scriptures and rare treasures altogether create a dense religious and art atmosphere that impresses every visitor. In the afternoon visit Jokhang Monastery, the center of the Tibetan Buddhism and the sacred land of Buddhist followers where thousands of pilgrims come for worship everyday. The temple, built in 647, is the earliest wood-and-masonry structure still existing in Tibet. Walk on the Barkhor street surrounding Jokhang, a big free market with its prolific stalls for selling local specialties.

In the morning visit Parla Lupu Cave Monastery, located on the slopes of Yaowang Mountain, was built in the 7th century. It is 22m high and from here you can have a wonderful panoramic view over Potala palace. Afterwards visit Norbulinka, the summer residence of the Dalai Lamas. In the afternoon visit Sera monastery, which was created in 1419 and has always been an important Buddhist seminary. As rose are planted everywhere in the monastery, it is also called “the court of wild rose”. Today still 200 lamas live in there. The "Buddhism Scriptures Debate" in Sera is very famous. 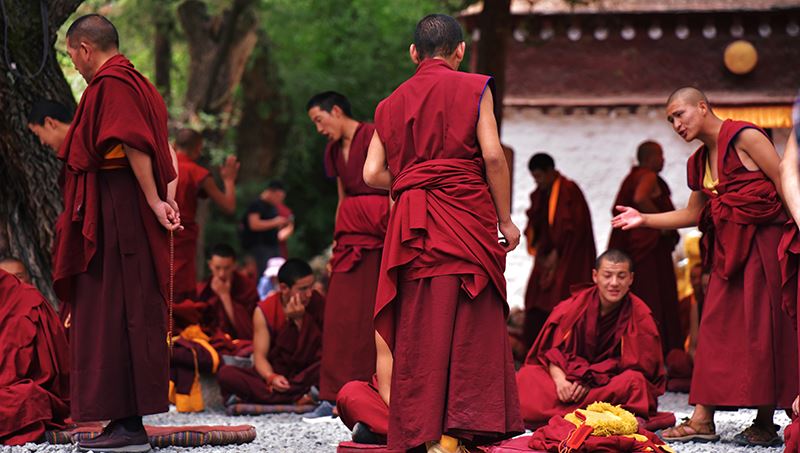 In the morning transfer to Gongga Airport, and then fly (CA4402 1035/1235) to Chengdu, the capital of Sichuan Province, the hometown of Panda. In the afternoon stroll in the beautiful old block of Chengdu - Wide Alley and Narrow Alley (Kuan Xiangzi and Zhai Xiangzi), the relics of the Manchurian garrison since 1718 and consist of 3 parallel lanes with the old classical houses, which are unique in southern China just like the northern Chinese architectural style presented by Hutong. After a careful renovation in June 2008, the pubs, teahouses, restaurants and guesthouses concentrate here, and in no time at all, it becomes the "lobby of leisure capital Chengdu". A walk here gives you a first impression of the "city of loafers". Then visit the People’s Park in the city center. Here you can have a seat in an old tea house and enjoy your covered-bowl tea in a comfortable environment with bamboo chair and bamboo table. The tea culture of Chengdu is well known throughout China. 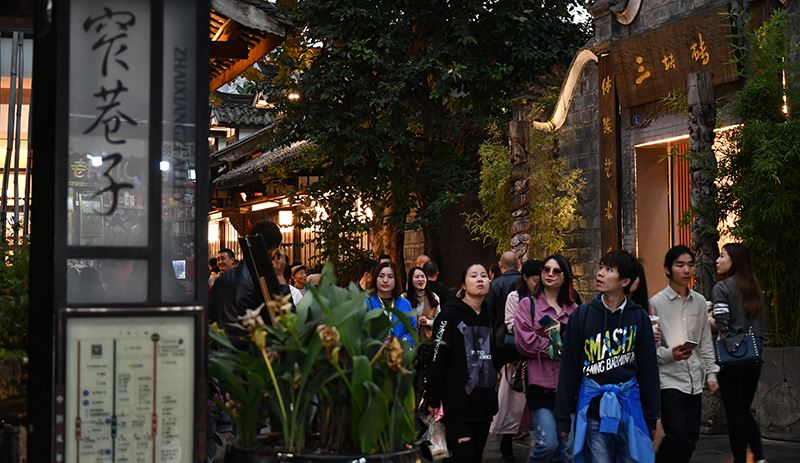 In the morning visit Chengdu Giant Panda Base of Breeding and Research. Founded in 1985, today there are over 50 giant pandas living here. Afterwards drive to Sanxingdui Museum in Guanghan, about 40 km north of Chengdu and just setting up at the northeast corner of the famous Sanxingdui Ruins. The nearly square ruin covers an area of 12 square kilometers and is protected by a river on the northern side and a city wall on the other sides. Here was the Sanxingdui culture in the period 2800 to 800 BC. Sanxingdui is one of the oldest cultivated settlements of humanity and is one of the most important archaeological discoveries of the 20th century. Opened in October 1997, the modern and informative Sanxingdui Museum showcases over 1,000 excavated gold, bronze, jade, clay and stone and ivory works of art. But the most beautiful, astonishing and mysterious are the bronzes, above all huge bronze masks and a larger than life bronze sculpture - they are so strange and with their big ears and eyes and the high-bridged nose look completely different from the already known Chinese art works! Apparently, the Sanxingdui culture mastered both the fine art of bronze technique and unprecedented aesthetics. The unique Sanxingdui Museum is a good place to explore the mysterious ancient Shu culture and history. In the late afternoon drive back to Chengdu. 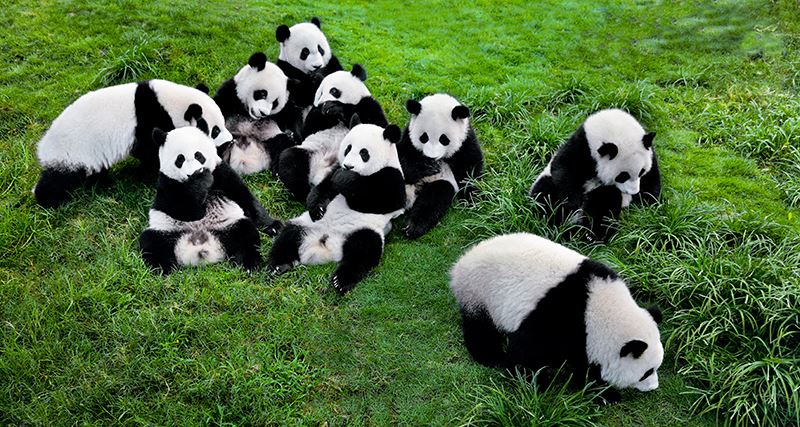 In the morning transfer to airport, and fly (CA4515 0810/1045) to Shanghai, China’s largest booming city. Pick up and transfer to hotel. In the afternoon visit the famous Yu Yuan (Yu-Garden) and from here you can explore the enchanting old city area. You dive into the world of the Far Eastern culture with all your senses: The distinctive flair of the old street with its tiny alleys, food stalls and small shops. Originally built in 1559, it served as the private garden of high-ranking official from that time. The word “Yu” contains a meaning of “safe and peaceful”. Afterwards, take a walk on the Bund (Waitan), the waterfront of Shanghai. The view of the skyline as well as the old gorgeous buildings in European style is impressive. 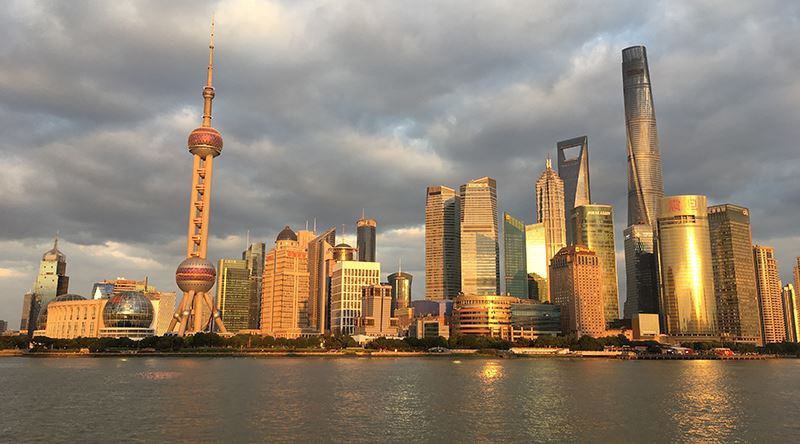 Transfer to take maglev train to airport for homeward flight. End of the amazing tour in China.
Breakfast 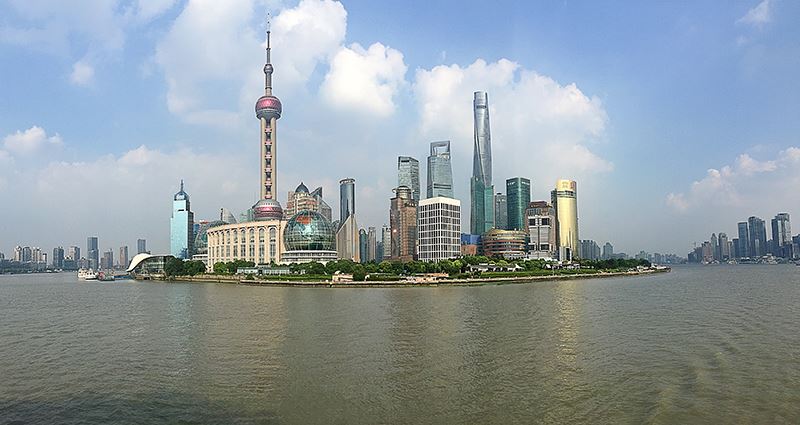 Information
Hotel, program, itinerary, flight and train are subjected to change with prior notice.
More Impressions 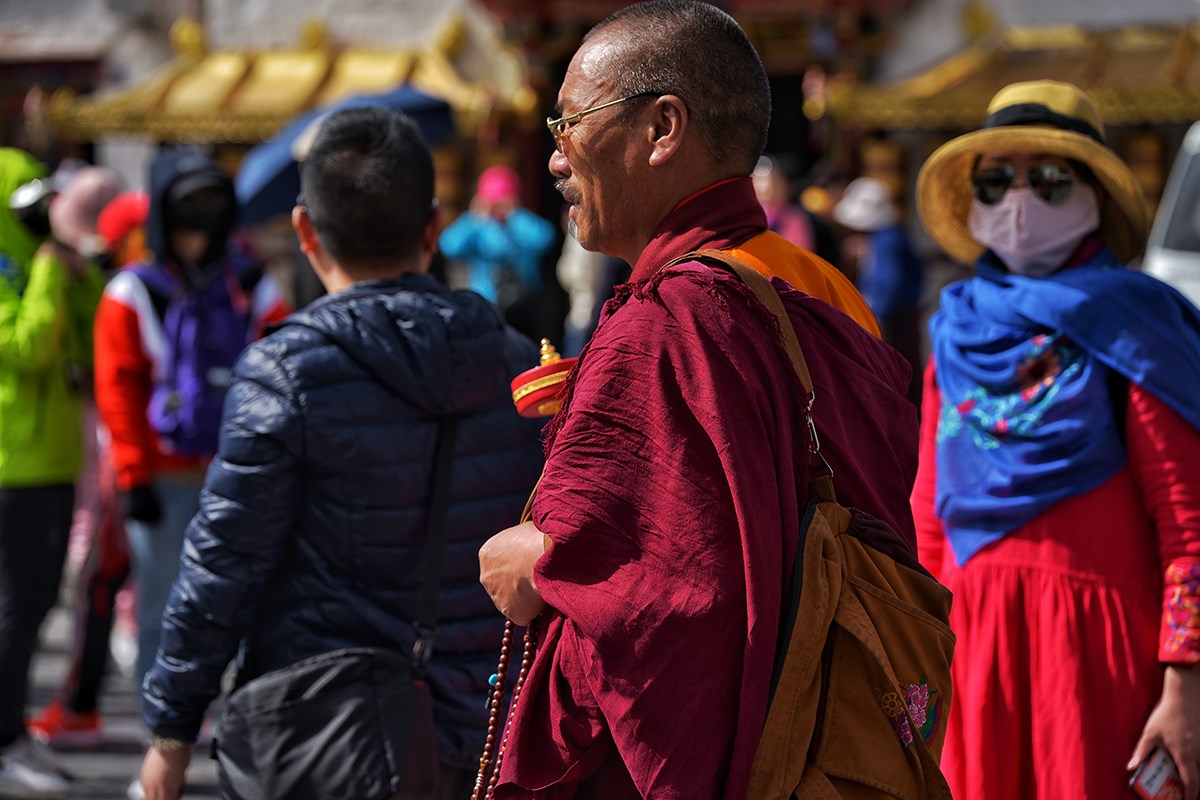 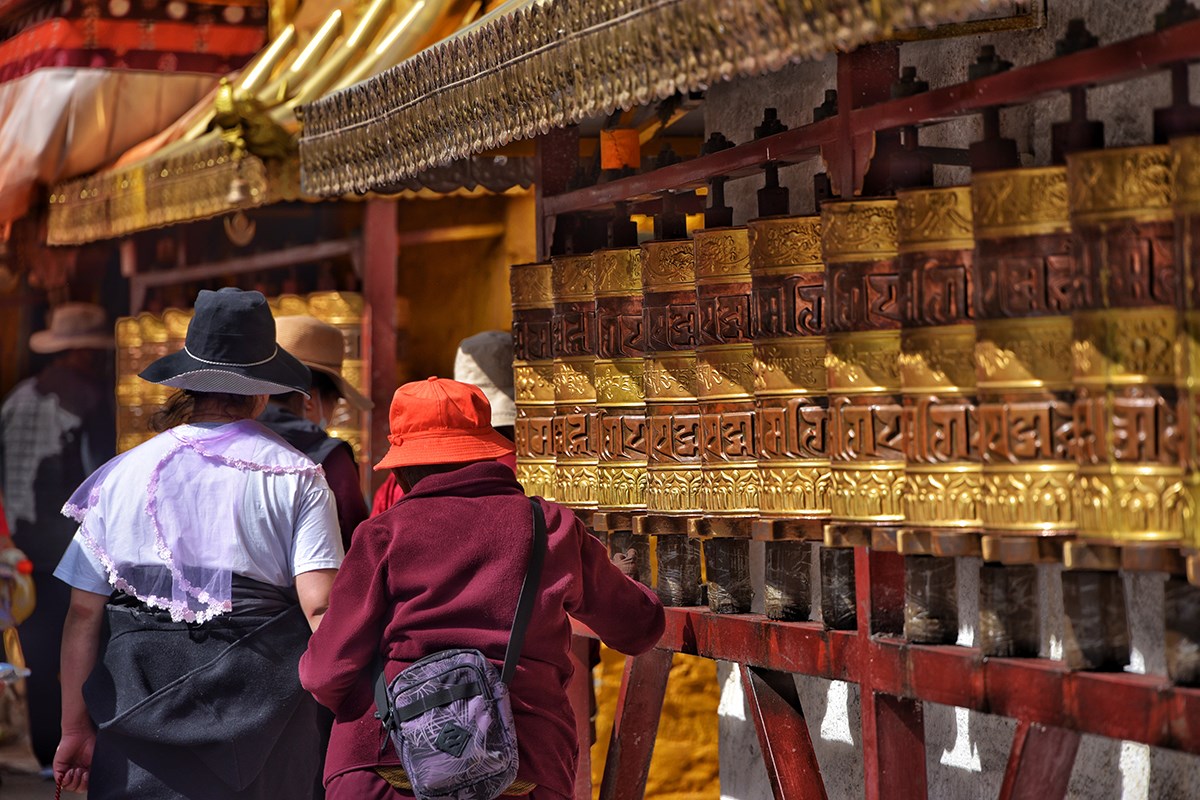 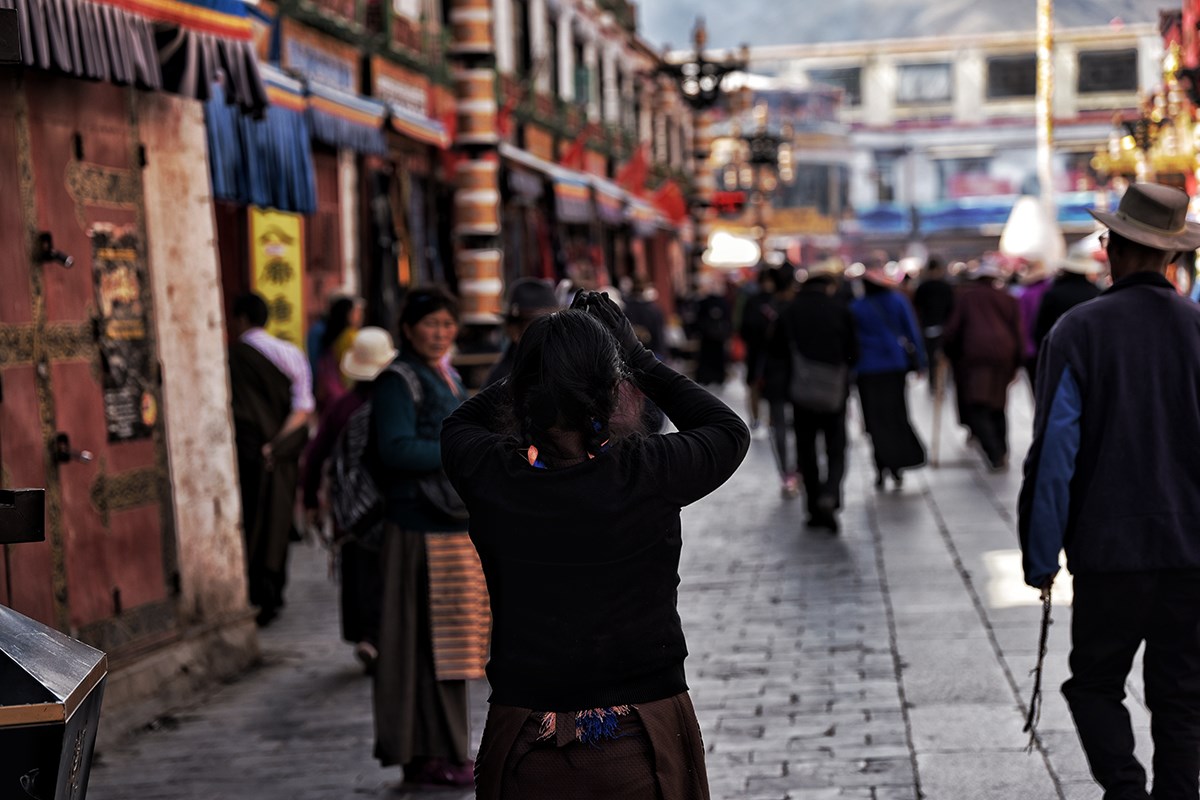 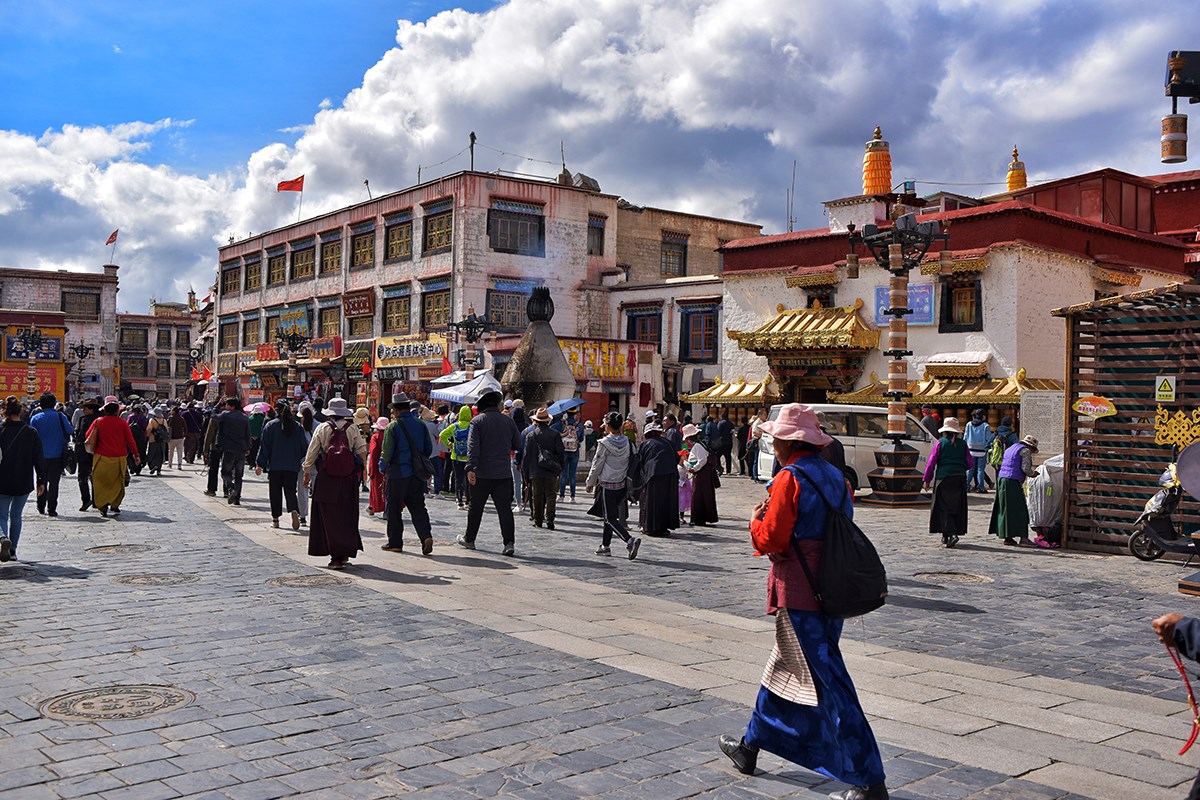 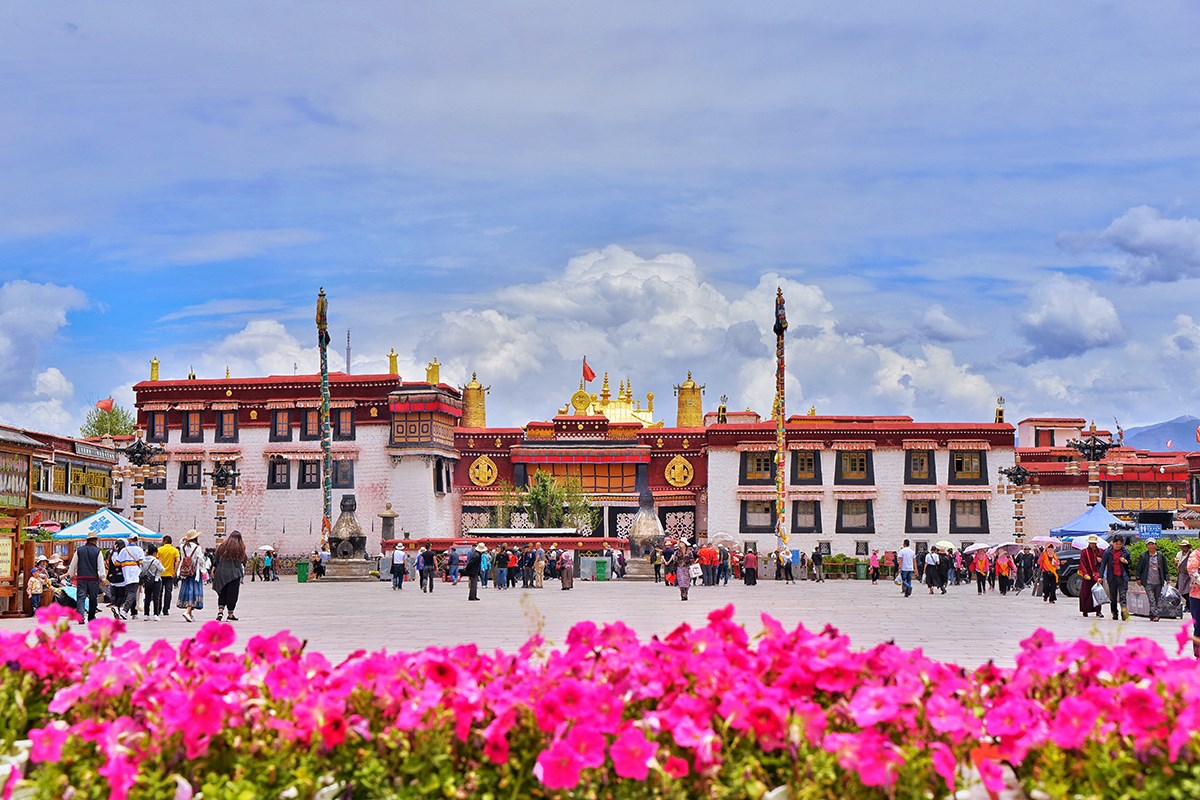 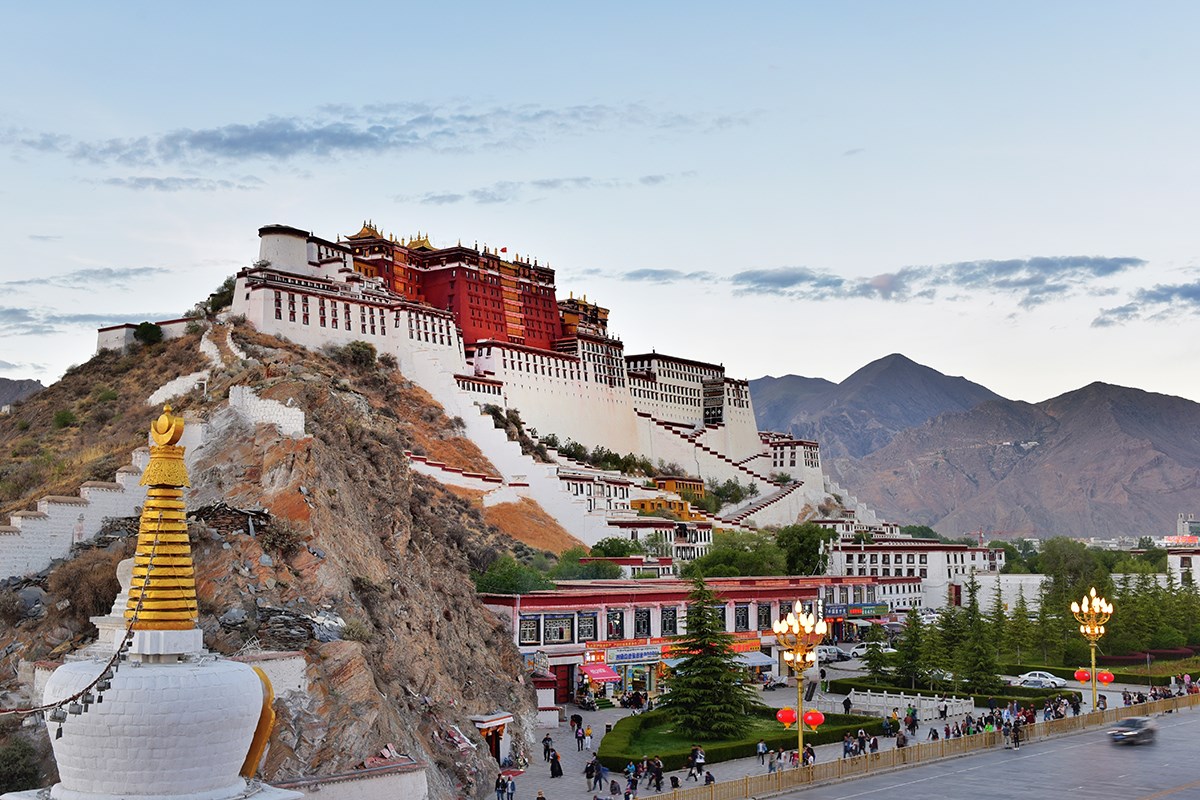 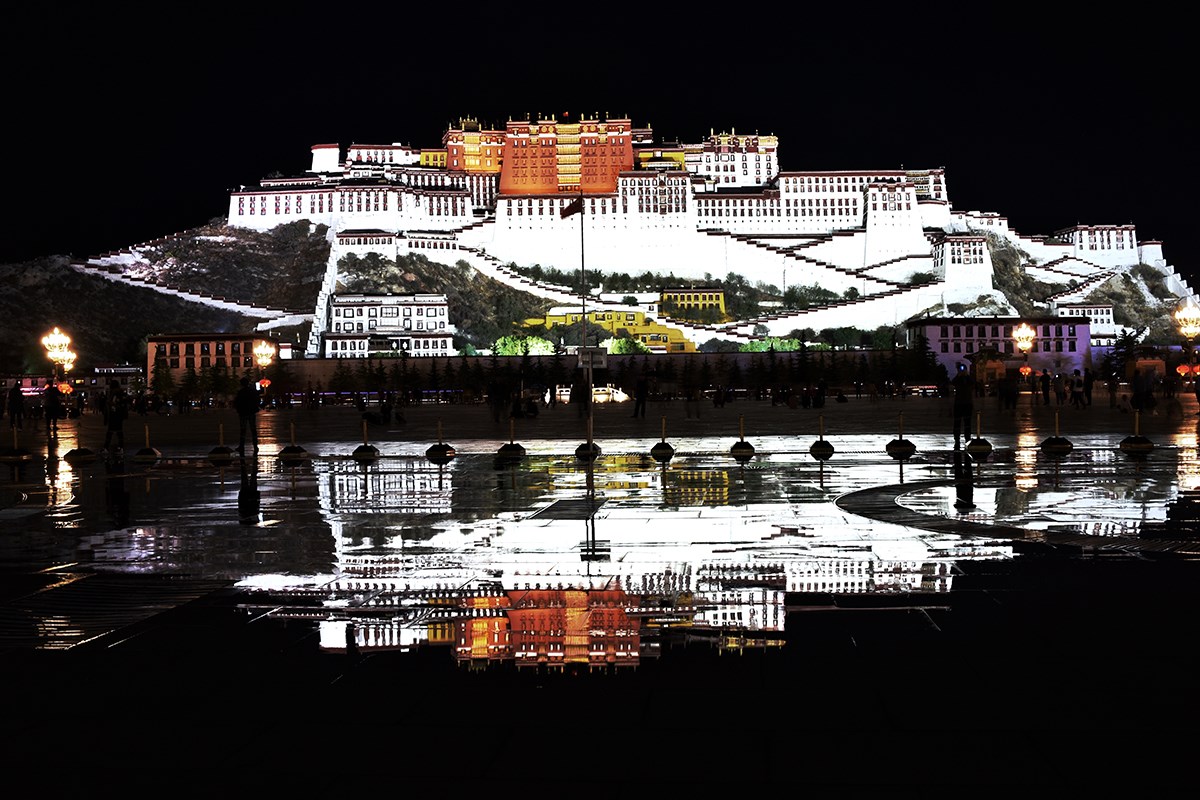 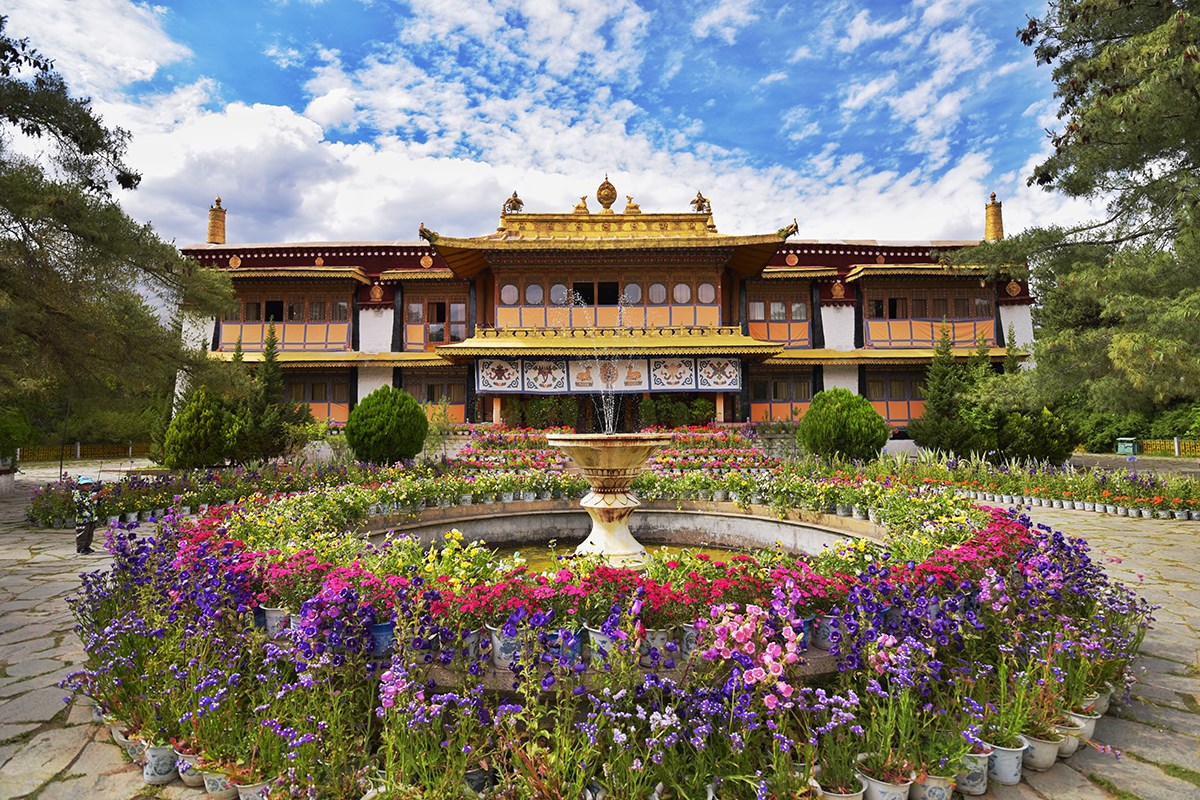 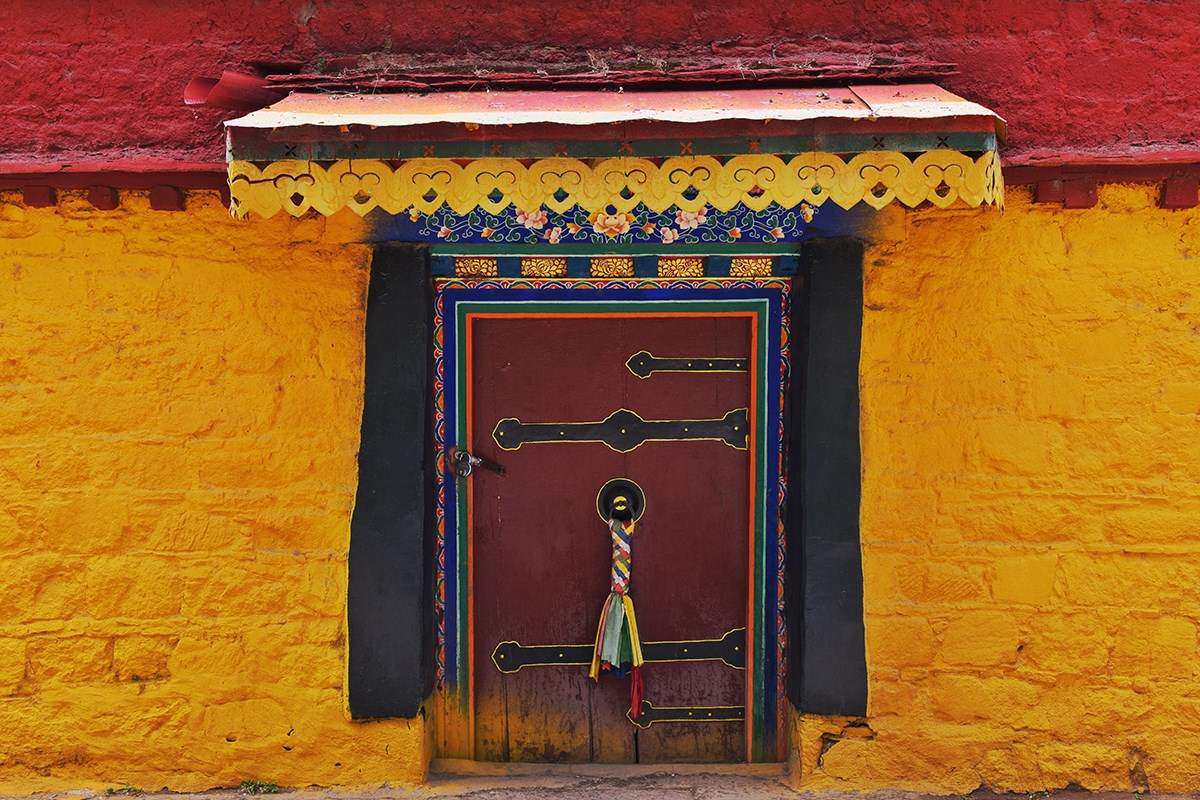 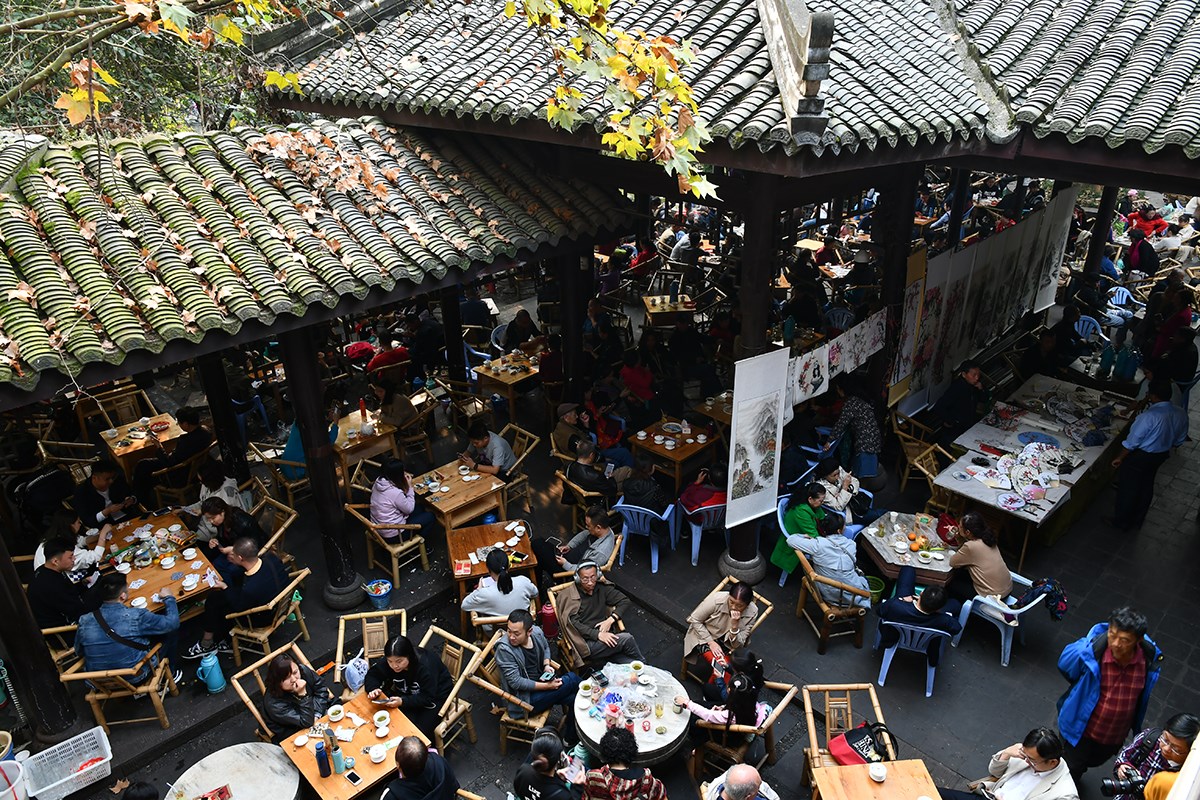 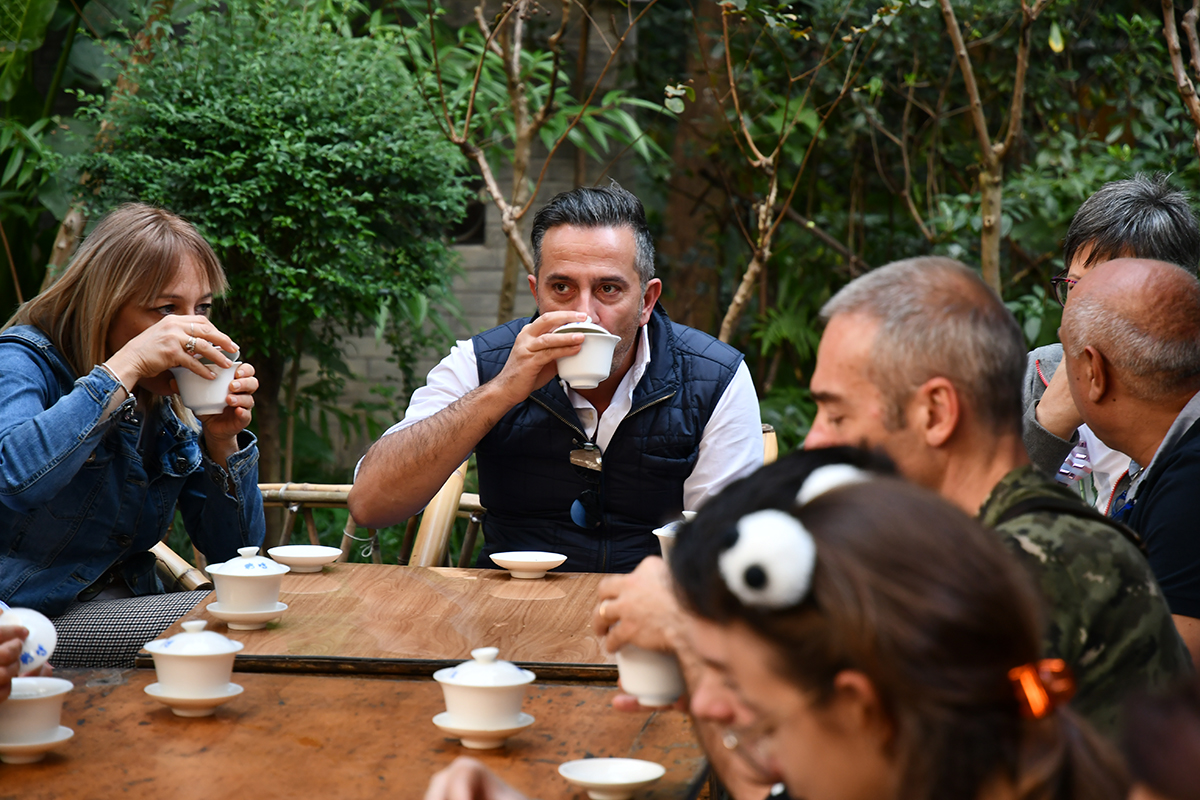 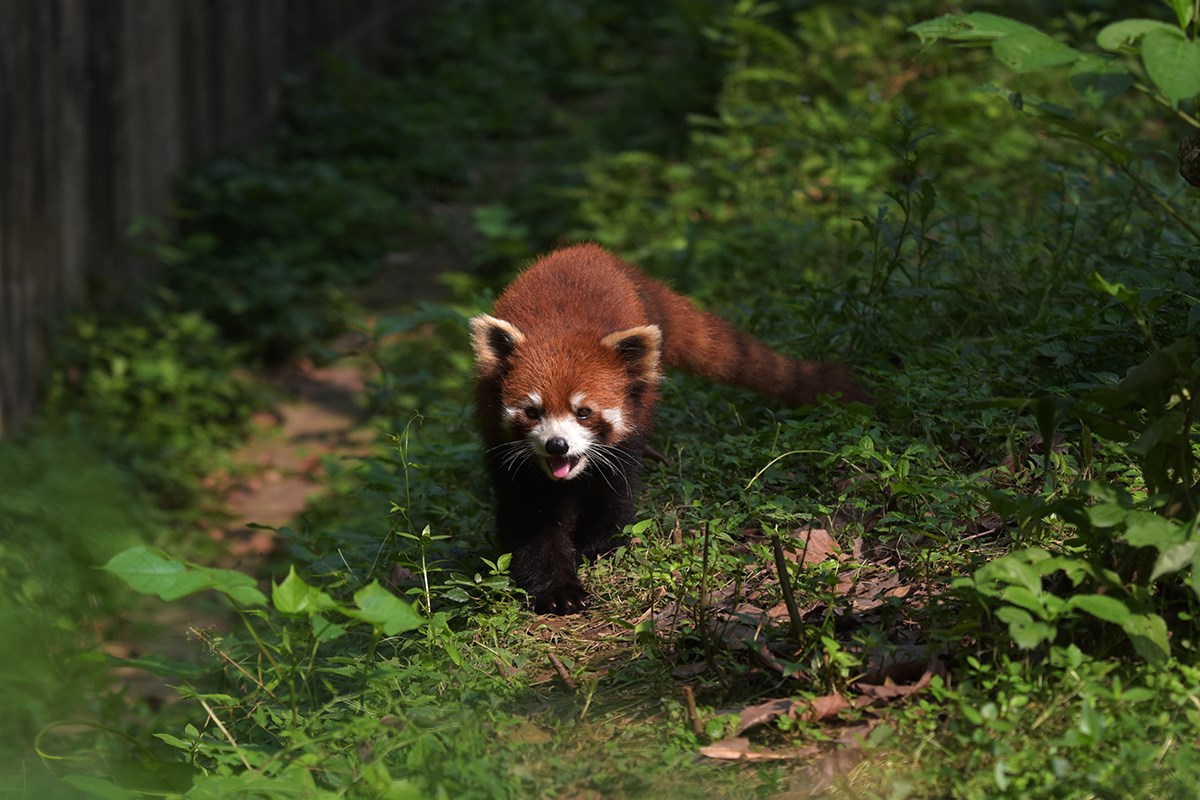 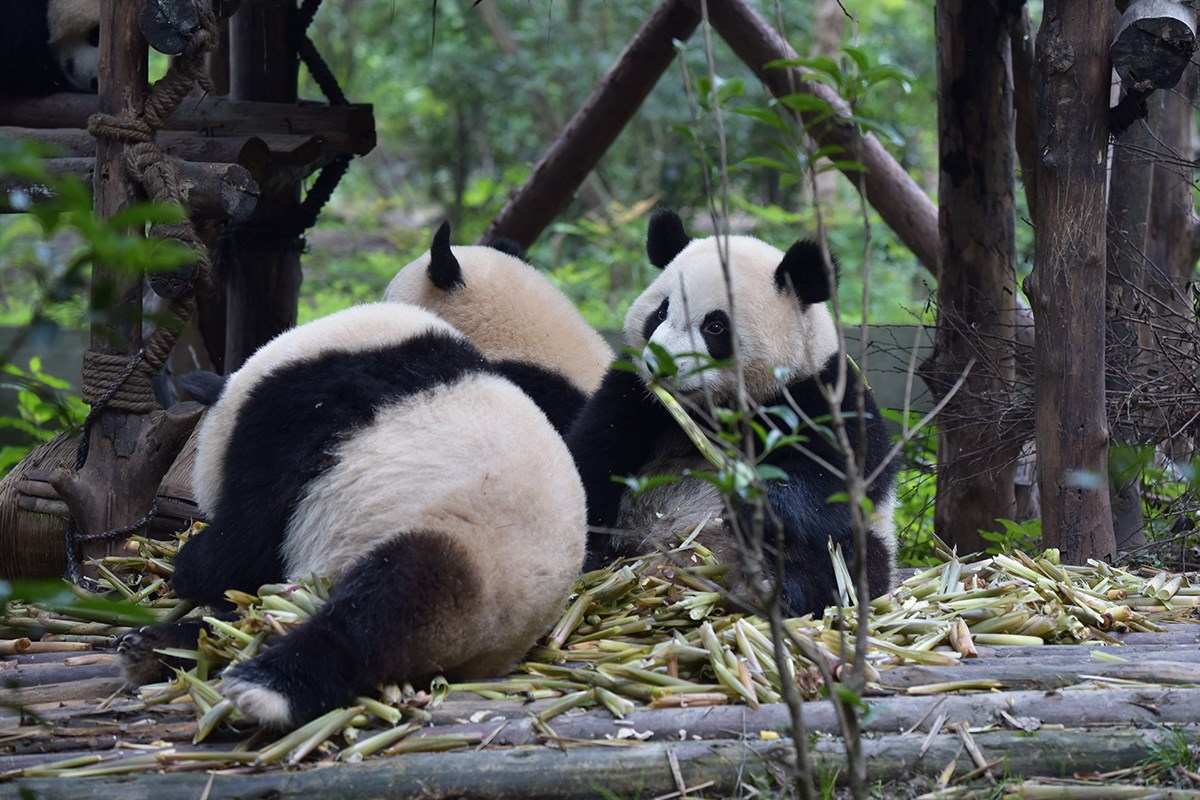 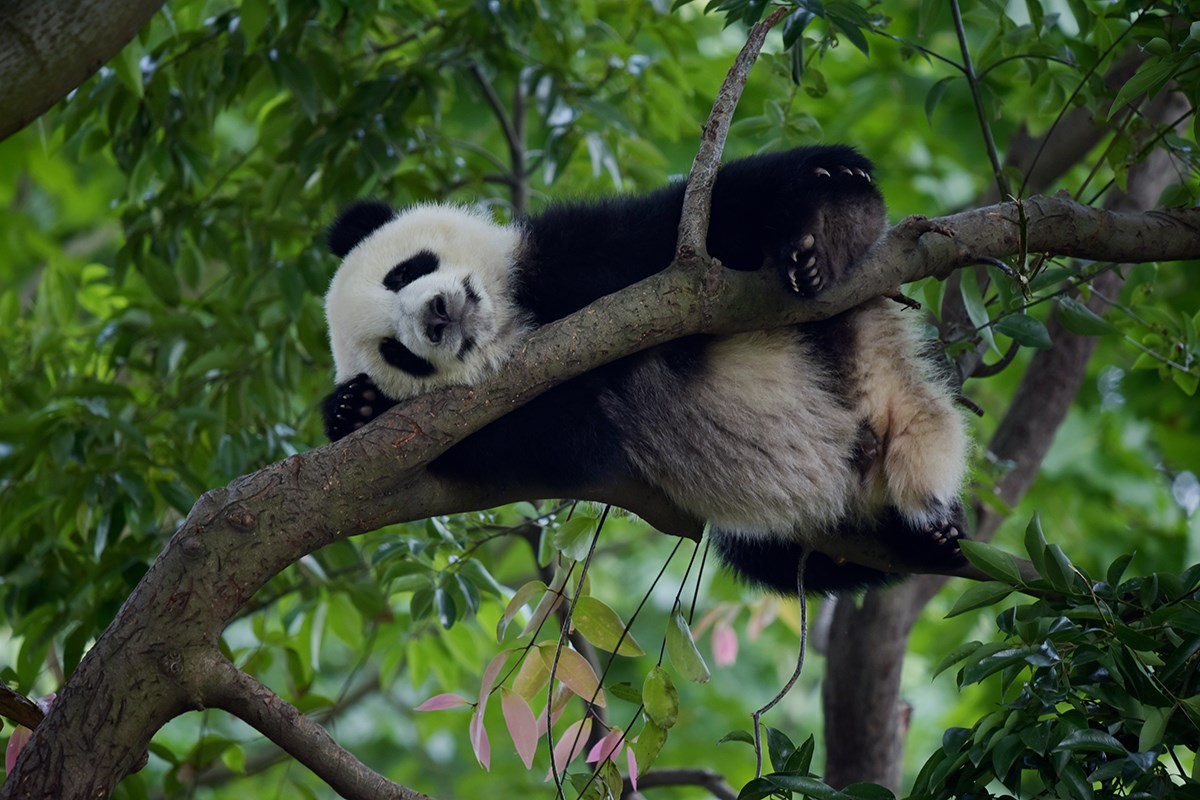 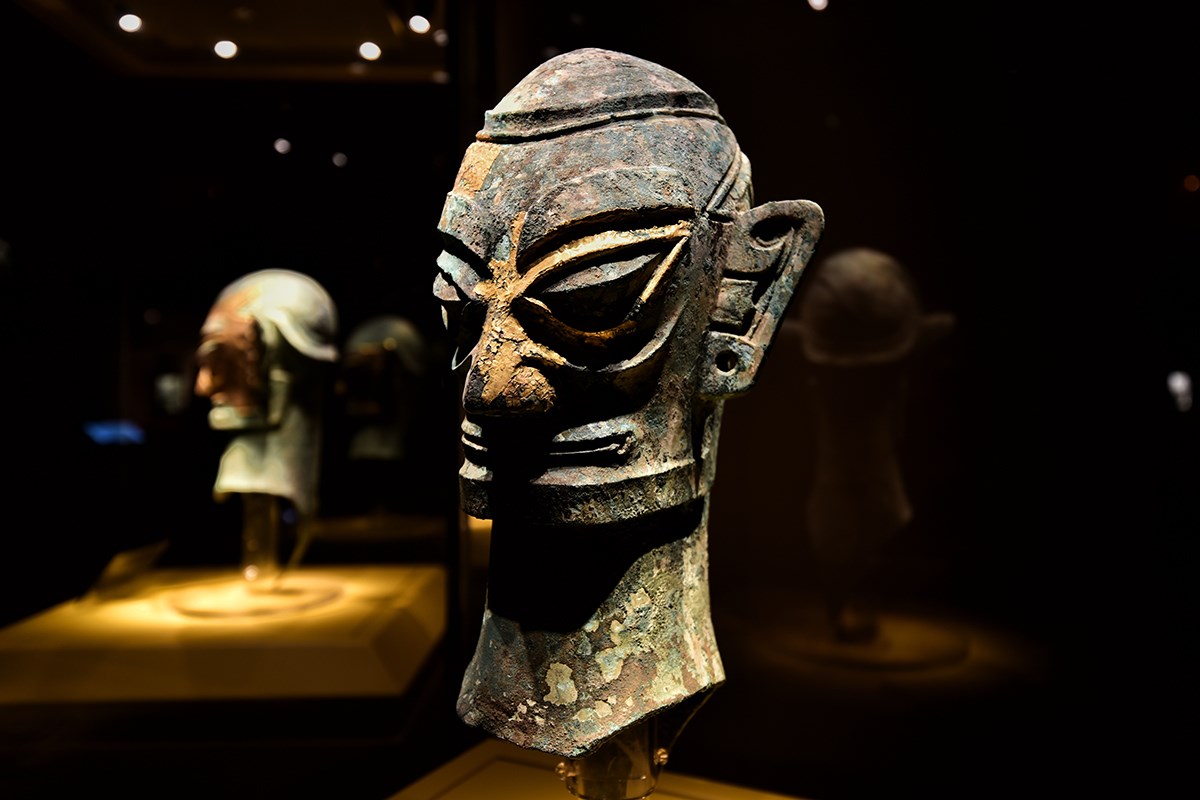 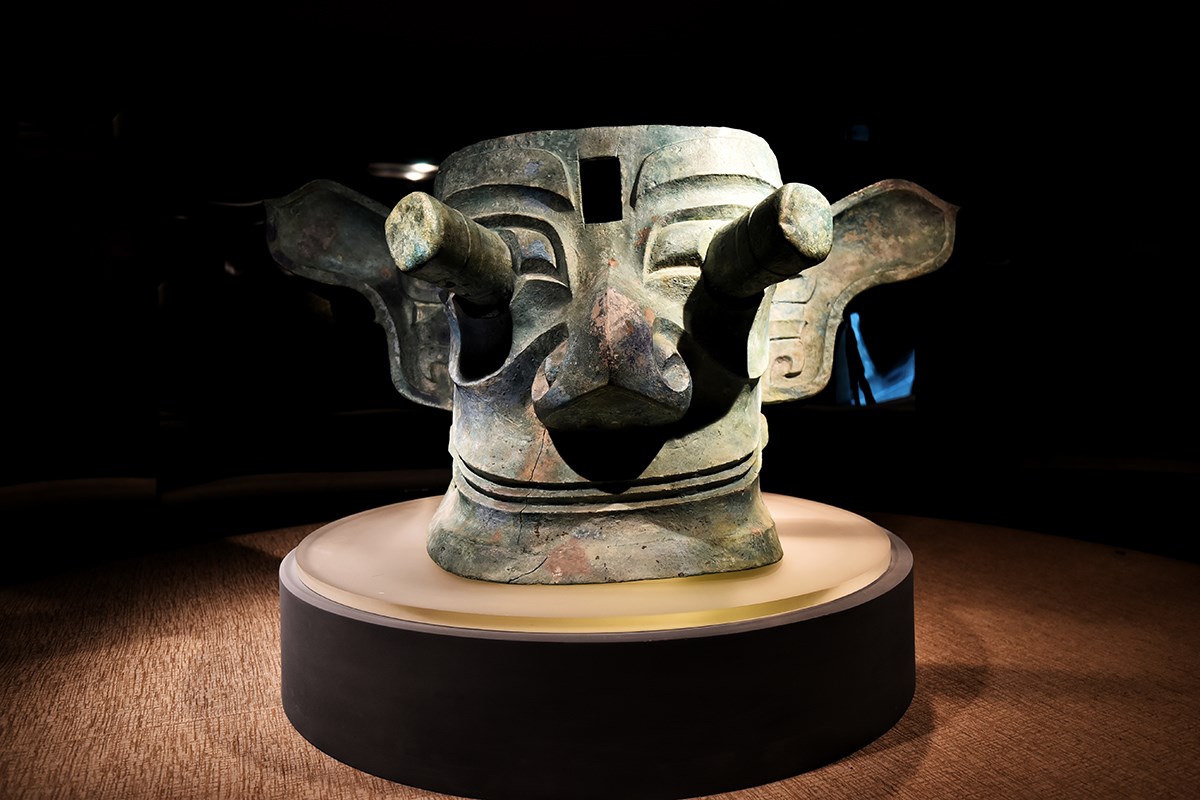