The Qinghai-Tibet Plateau, known as the roof of the world, boasts vast territory and diverse environments, which has given birth to abundant biological diversity. The major parts of the Qinghai-Tibet Plateau are Qinghai Province and Tibet Autonomous Region, and the other parts are many Tibetan inhabited regions in the west of Sichuan, in the south of Gansu and in the northwest of Yunnan. Running from the southern edge of Himalayas in the south, to the northern of Kunlun Mountains - Altun Mountain - Qilian Mountain in the north, and running from the west of Pamirs to the east of Jade Dragon Snow Mountain, Daxueshan Mountain (Grand Snow Mountain), Jiajin Mountain, Qionglai Mountain and Minshan Mountain, it links to Tarim Basin, Hexi Corridor in the north and links to the west of Qinling Mountain and Loess (Huangtu) Plateau in the northeast. With an average elevation of over 4000 meters above sea level, Tibet Plateau includes diverse landforms. Many high mountains and gorges can form a height difference of 4000 meters to 6000 meters.

The Qinghai-Tibet Plateau is not only boasting extremely high elevation, but also creating a series of different environments in the hinterland and the edge of the plateau. On one hand, the changes of climate in the horizontal direction contribute to the difference of plant species in latitude and longitude. On the other hand, the changes of climate along the elevation create the vertical distribution of vegetation form, which is very obvious in this vast area.

We accompany you in the mild and humid spring and summer of the Qinghai-Tibet Plateau into nature to explore the beauty of these flowers at mountains and along the streams, such as orchid, meconopsis, rheum officinate, saussurea. 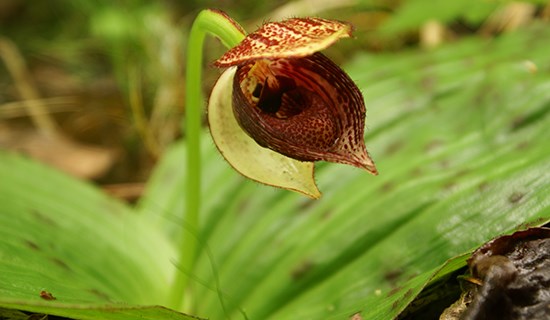