Discovery Tour to Amdo-Kham of Gansu and Qinghai
Discover Eastern Tibetan Area Amdo and Kham in Gansu and Qinghai
Home > Discovery Tour in Tibetan Areas Kham and Amdo
11 Days Private Tour Lanzhou – Bingling Si – Xiahe – Tongren – Kanbula – Lijiaxia – Guide – Tongde – Machen – Huashixia – Madoi – Yushu – Madoi – Koko Nor – Kumbum – Xining
On the trip, we discover the cultural and natural highlights of the Tibetan area Amdo-Kham in provinces Gansu and Qinghai. Firstly, we come to Gansu Province, visiting the culture center in the Tibetan area Amdo and visiting Labrang Monastery, which is one of the six major monasteries of the Gelugpa Sect of Tibetan Buddhism in Xiahe, and which is also known as the "Tibetan Academy of the World". We will travel at the upstream of the Yellow River, and meet Ngolok Tibetan, and pay religious homage to holly moutain Amnyemaqen. Yushu is the Tibetan Area Kham of Qinghai Province. The Yushu Horse Racing Festival that begins on July 25 every year is the largest traditional folk festival in Qinghai Province. We continue to the north along the Tangbo Ancient Path (the way to Tibet of Princess Wencheng in Tang Dynasty), and cross the Yellow River to Qinghai Lake (Koko Nor), the largest inland lake in China. We cross over Riyue (Sun-and-Moon) Mountain, the border of agricultural civilization and nomadic civilization, to Ta’er Monastery (Kumbum), where the great Master Tsongkhapa was born, who is the founder of Gelugpa sect of the Tibetan Buddhism. Finally, we end in Xining, a multi-ethnic settlement, the discovery tour about the Tibetan area Amdo-Kham of Gansu and Qinghai.
Highlights

Welcome in Lanzhou - the capital of Gansu Province

Today arrive in Lanzhou, the capital of Gansu Province, an important pivot of the Silk Road in history. The Yellow river flows through Lanzhou from west to east. 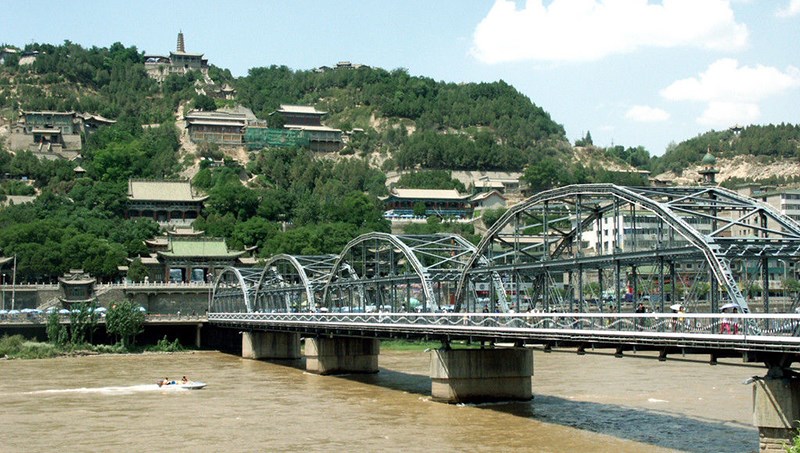 Grottos of Bingling Temple – a historical treasure of Buddhism

Drive to Xiahe. On the way make an excursion to grottos of 1000 Buddhas' temple in Bingling. The grottos of the monastery are firstly built in 420 AD. Statues and murals here are older than those in Mogao Grottos of Dunhuang. Late in the afternoon arrive in Xiahe, which is 2,900 meters above the sea level and almost exclusively inhabited by Tibetans.

In the morning visit Labrang monastery, the most important religious centre on the northeast border of the Tibetan region. The monastery created in 1710, as one of the six grand monasteries in Tibetan area, has served for centuries there to connect the Tibetan and Mongolian Lamaism. In the afternoon visit Longwu monastery of Gelugpa, which was initially constructed in Yuan Dynasty (1271-1368) as a monastery of Sakya-sect and Wutun village. It is the center of Tibetan Rebgong-Art, which is a successful mixture of religion and folk art. In the afternoon drive to Tongren.

Drive to Lijiaxia. Boating on the reservoir of Yellow River, visit the Kanbula National Forest Park with the scenery of red sand rock as well as three famous monasteries in the Namdzong valley: Achung Namdzong Monastery, the Namdzong Nunnery and Benben Monastery. Namdzong, also called as Dzong or Djung, is a natural valley and is one of four holy main places of Amdo. Here a popular place is for the Tibetan monks to meditate. Keep driving to Guide. 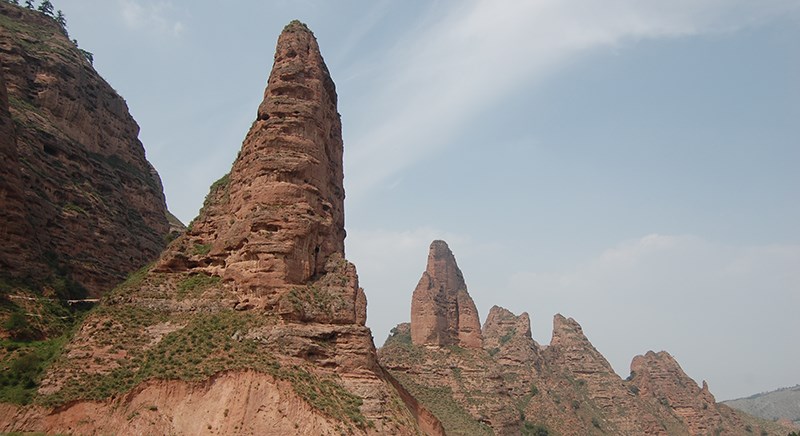 Drive to Machen, the capital of Ngolok Tibetan Autonomous Prefecture. On the way visit the Ragya Monastery (Lajia Si) of Gelugpa sect by the Yellow River (Huang He). 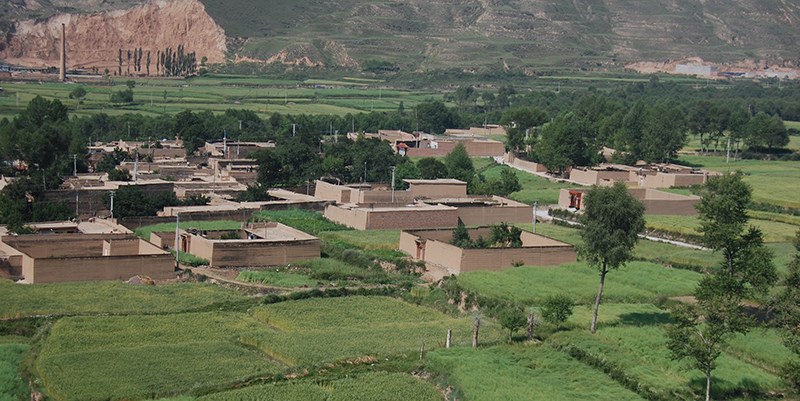 Transfer to Huashixia, a village with beautiful white rock cliff on which grows dense green vegetations. On the way get a nice view to the majestic holy mountain Amnye Machen if the weather is good. Keep drive to Madoi, a small city in the upper reaches of the Yellow river. The Yellow river is the second longest river in China with a length of 5,464 km. It is just in Madoi county that the Yellow river takes its original course. 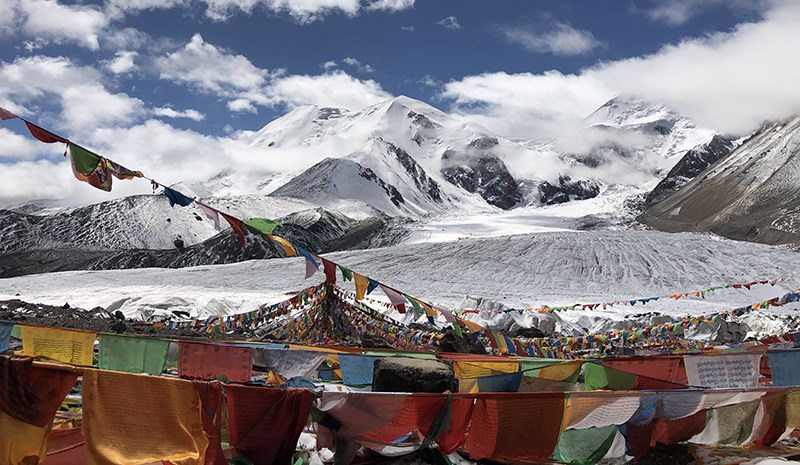 Cross the first Bridge of Ma Chu (the Yellow River, Huang He), drive to Yushu (Jyekundo). On the way visit the Xiewu Monastery of Sakya-sect and the most enormous Mani-wall in the earth – Jiana Mani-wall. Go to Saibadan, which is famous for its folkway, religion and culture exhibition. There are nearly 10,000 items of specimens of rare animals on the Qinghai-Tibet Plateau, folk custom goods of Khampa Tibetan and various religious relics in it.

There are many monasteries in Yushu region, which belong to Sakya-sect, Gelukpa-sect, Nyingmapa-sect, Gagyuepa-sect. In the morning visit Dongkar monastery of Gagyuepa-sect. Besides, it is worthwhile to visit monastery of Wencheng princess. In the legend the princess of Tang Dynasty once stayed in this monastery for a month. Say goodbye to Qinghai province, the pasture landscape leads you into Sichuan province. 这里不要歇武寺了Then drive to Madoi 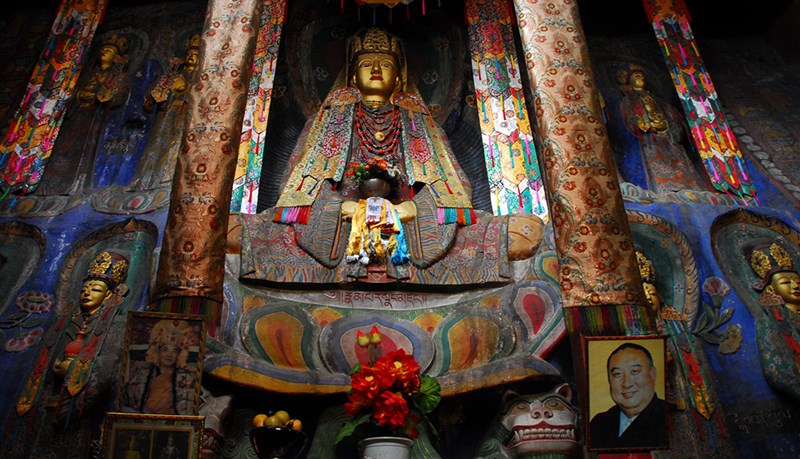 Drive to Koko Nor Lake (Qinghai Hu). Walking by the Koko Nor Lake, the biggest salty lake in China. "Koko Nor" in Mongolian language means "blue sea” because of the lunar shape and the color of the lake. 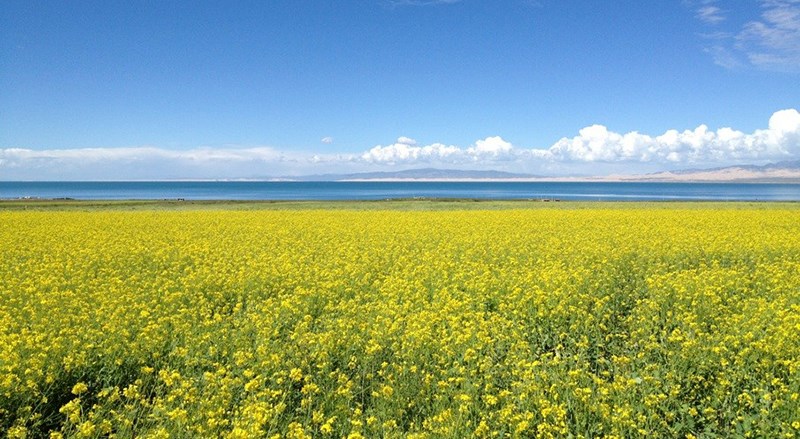 After the breakfast cross over Sun-and-moon mountain (Ri Yue Shan). In 641 Wencheng princess of Tang Dynasty passed by this mountain where today a sun-pavilion and a moon-pavilion are built on the summit for people to have a break. The suns and moon mountain has always been an distinguish line between meadow and agriculture area. The Second stop is Kumbum monastery (Ta'er Si) of Gelukpa-sect, which was built in 1560 in Huangzhong county and also one of the six grand monasteries in Tibet. Both Tsongkhapa, the founder of the Lamaistic "yellow hat sect" and the 14th Dalai lama were born here. As Kumbum monastery has always been playing an important role to connect the Mongolian with the Lamaism, today many Mongolian come to this place for worship. Late in the afternoon arrive in Xining, the capital of Qinghai province. This city is mainly inhabited with Tibetan but also a home of Uygur, Kazak and Hui minorities.

Information
Hotel, program and itinerary are subjected to change with prior notice.
We must point out that you counter a basic tourism infrastructure in this region. You stay overnight mostly at simple hotel/guesthouse. Long journeys on bad roads and on high altitude and delays require good physical fitness, resilience and flexibility of the participants. Program and route changes due to unforeseen events are expressly reserved. If you desire the unknown and have an understanding of contingency, this is the right trip for you.
INFOS & SERVICE
About Us
Contact
Terms and Conditions
Feedback
Blog
Links
Email: tibet@tibet-tours.com
OUR OTHER WEBSITES
www.self-drive.cn
www.sichuan-tour.com
www.china-tour.net
www.greatwaytour.com
TIBET DESTINATION
Lhasa, Capital of Tibet
Shigatse, Hometown of Qomolangma (Everest)
Ngari (Ali), Hometown of Kailash and Manasarovar
Tsetang, Shannan, Cradle of Tibetan Culture
Linzhi, “Little Switzerland of Tibet”
Chamdo on the Ancient Tea Horse Road
Naqu and North Tibet Qiangtang
TIBET ATTRACTIONS
Potala | Jokhang | Guge Ruins
Everest | Nam Tso | Kailash
Sera | Yamdrok | Tashilunpo | More
Sitemap
TIBET INFORMATION CENTER
Planning for Tibet Tour
Overview of Tibet
Tibetan Culture
FOLLOW US ON